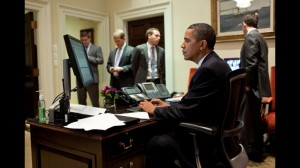 Close on the heels of the US debt ceiling deal, credit agency Standard & Poor’s (S&P) downgraded the US government’s credit rating from AAA to AA-plus. This is the first time in history that US gets a credit lower than the coveted AAA. Now the US is in the same league as countries such as Japan, China, Spain, Taiwan and Slovenia.

However, the other two leading credit rating agencies — Moody’s Investors Service and Fitch Ratings — have decided to keep their AAA rating for US for now.

“The political brinkmanship of recent months highlights what we see as America’s governance and policymaking becoming less stable, less effective and less predictable than what we previously believed,” said S&P in a statement. S&P’s downgrade will bleed the badly bruised US further because it will increase borrowing costs as its bonds could be considered more risky.

Reacting to the downgrade, China, the largest foreign holder of US debt, curtly commented that Washington should learn to cure its “debt addiction” and “live within its means”. India’s reaction was cautious – Indian finance minister Pranab Mukherjee said the downgrade has created a ‘grave’ situation.

Last week, after days of bitter divisions and partisan politics, the US Senate reached an agreement on a deal to increase its debt sealing by $900 billion to avoid defaulting on its debt payments. The US debt is estimated to be about $14.3 trillion. As part of the deal, the US will scale down spending by $917 billion over the next decade.

Another spend cut, to the tune of $1.5 trillion, is also on the cards. A 12-member Congressional Committee, comprising Republicans and Democrats, will find ways for this. If the committee fails to reach agreement, $1.2 trillion in spending cuts will be triggered, drawn equally from domestic spending and defence.

However, none of the above measures is likely to lead to a lasting solution to America’s debt woes. Global investors are watching the situation with their fingers crossed.

Geopolitics of the Syrian Civil War

You may have missed

Mysterious blast rips through Beirut, ripples felt across the sea