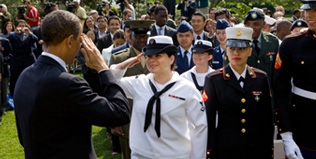 On Thursday, US President Barack Obama announced his plan to act unilaterally on the hot-button immigration issue by issuing an Executive Order. Opponents, primarily members of the Republican Party, decry his action as unlawful, and to some, it is an impeachable offence.

In his speech announcing the reforms, Obama was less than subtle as he discussed mounting frustration with a Congress in stalemate, calling out the millions of people whose lives are directly affected by the government’s inaction.

The reform includes a programme to allow illegal immigrants who have been in the US for more than five years to undergo a background check, pay a fee, and become tax-paying residents of the US, while being placed on a more efficient track to citizenship.

It also aims to strengthen border security, more effectively monitor and come down on employers who hire illegal foreign workers, and open programmes to encourage immigration of foreigners who can make significant contribution to the US economy, such as entrepreneurs, graduate students, and families who have been separated.

According to the White House website, “America’s immigration system is broken. Too many employers game the system by hiring undocumented workers and there are 11 million people living in the shadows. Neither is good for the economy or the country.”

Obama noted: “Last year, 68 Democrats, Republicans, and independents came together to pass a bipartisan bill in the Senate. It wasn’t perfect. It was a compromise. But it reflected common sense. It would have doubled the number of Border Patrol agents, while giving undocumented immigrants a pathway to citizenship, if they paid a fine, started paying their taxes and went to the back of the line. And independent experts said that it would help grow our economy and shrink our deficits.

“Had the House of Representatives allowed that kind of bill a simple yes or no vote, it would have passed with support from both parties. And today it would be the law. But for a year and a half now, Republican leaders in the House have refused to allow that simple vote.”

Key opposition to the bill comes from groups who feel Obama’s action equates to amnesty for the millions of people who have crossed into the US illegally. Additionally, they feel that illegally entering the US precludes active and lawful participation in the American economy and American politics.

The opposition hesitates to accept Obama’s proposed streamlined path to citizenship, recalling former US president Ronald Reagan’s move to grant amnesty to millions of illegal immigrants three decades ago. They contend that his act led to a new wave of illegal immigration—the source of today’s issues—and that this bill would accomplish the same.

Interestingly, that same action by Reagan is cited as a foundational precedent in favour of Obama’s move.

In support of his plan, Obama also touched on the impracticality of deporting 11 million people, due to the monumental expense and logistical requirements. He asserts that the US government has a responsibility to act; but because that action simply cannot be deportation, it must be a different strategy.

By legalising those who have lived in the US over five years, who can pass a criminal background check and who are willing to contribute their share of taxes, the US economy will see a boom it desperately needs.

It remains to be seen how far this bill can go amidst cries of illegality and threats of impeachment. However, Obama supporters and proponents of the bill see this as a long-overdue step forward – both in the face of the mounting immigration issue and because it represents a potential boon to the economy.

In a stagnant presidency, this definitive and hugely impactful move is a demonstration of strength that will likely see an equally forceful rebuttal in the coming months.

===   Emily Schauer is an American writer and editor based in Seattle, Washington. Having lived and travelled extensively abroad, she is keenly interested in international affairs.

2014-11-23
Previous Post: Obama to be chief guest of India’s Republic Day
Next Post: “Forward Together We Go”