Russia to retain its position as India’s top defence supplier 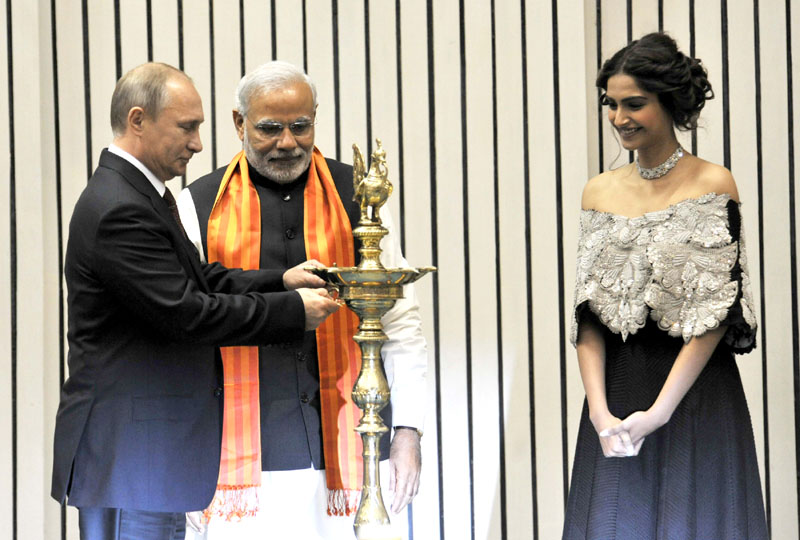 During his sixth visit to India on 11 December 2014, Russian President Vladimir Putin received an assurance from India that Russia would remain a top defence supplier for India.

“Even as India’s options have increased today, Russia will remain our most important defence partner,” Indian Prime Minister Narendra Modi said in a statement after his meeting with Putin at the 15th annual India-Russia summit.

This is significant in that it is meant to clear Russia’s doubts about India’s recent tilt towards other defence providers such as France and the US.

Russia used to be India’s largest defence supplier, but of late the US has made considerable progress in bagging India’s big-ticket military orders, such as the 12 C-130J Super Hercules aircraft and P-8I long-range maritime patrol aircraft ($2 billion each) and the 10 C-17 Globemaster-III giant strategic airlift aircraft ($4 billion), among others.

The annual meeting between the two countries was initiated by Putin and former Indian PM Atal Bihari Vajpayee in 2000. The venue alternates between New Delhi and Moscow. The 14th annual summit was held in Moscow in October 2013.

“India deeply values the monumental contributions made by Russia to India’s developmental and defence needs in the second half of the twentieth century,” said the joint statement issued during the visit.

Other than defence, Russia will buttress its cooperation with India in the field of energy, including oil and gas, electric power production, nuclear energy, renewable energy sources, and energy efficiency. Cooperation in the field of energy is a win-win situation for both countries. While India faces acute energy shortages, a partnershipwill help Russia offset the hardships felt due to sanctions imposed by the West for Russia’s alleged interference in the Ukraine crisis.

Russia will help India build 12 nuclear reactors over the next two decades.

“Historically, Russia has exported most of its hydrocarbons to the West. However, European consumption is increasing too slowly, while political, regulatory and transit risks are on the rise,” Putin said in interview to news agency Press Trust of India.He said Russia is keen to export liquefied natural gas (LNG) to India and to involve India’s Oil and Natural Gas Corporation (ONGC) in the oil and gas hunt in the Arctic.

“At the same time, the economies of Asian countries are growing rapidly. Thus, we are naturally interested in diversifying the destinations of our energy deliveries. We expect to secure ourselves a role of a reliable energy supplier to the Asian markets,” he added.

It was the first annual summit meeting between Putin and Modi. The two leaders had met on the sidelines of the BRICS (Brazil, Russia, India, China and South Africa) summit in Brazil in July and during the G-20 summit in Australia last month.