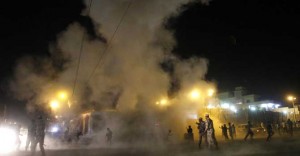 In one of the bloodiest terror attacks, 36 people have been killed in Pakistan on Wednesday night as Taliban terrorists including suicide bombers targeted security forces and Shia processions in Rawalpindi and Karachi during the Islamic month of Muharram.

In Rawalpindi, the bomber blew himself up when security personnel prevented him from joining the procession that was on its way to a Shia prayer hall. As many as 68 people have been seriously injured in the attack, officials said.

Tehreek-e-Taliban Pakistan or the Pakistani Taliban that has claimed responsibility for the attacks in the two Pak cities, has reportedly told media that the militants had a “war of belief” with the Shias and that the militant outfit would continue attacking them.

The latest string of attacks has heightened security concerns for the rest of the Muharram mourning period.

The attacks also prompted Pakistan to beef up security for the Developing Eight (D-8) Summit beginning in Islamabad today, in which leaders of eight Muslim countries — Turkey, Malaysia, Iran, Bangladesh, Indonesia, Nigeria, Egypt and the host country Pakistan – are participating. Nigeria is an exception as it is not a majority Muslim country with its population roughly divided between Muslims and Christians. Pakistan is using the event to position itself as a key player in the Islamic world.

The Pak Taliban has also reportedly warned that it would avenge the hanging of Ajmal Kasab by India.