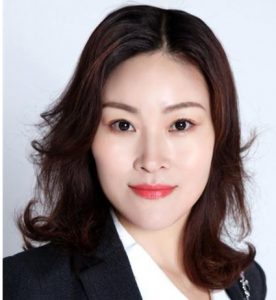 Days after China blocked access to Indian newspapers and television channels to deny its citizens of credible news from across the border, China’s vassal Nepal decided to please its master but it did not have the courage to do it openly.

So, instead of announcing a government ban on Indian media, the Nepal government nudged its cable TV operators to do so on its behalf. Effective Thursday, all Indian television channels save state-owned Doordarshan have been blocked out in Nepal.

While Nepal’s minister in charge of media affairs took pains to that this is not a government decision, it’s clear that the cable operators wouldn’t take Indian channels, which enjoy huge popularity in Nepal and are big revenue earner for the operators, off air without instruction from the authorities to do so.

The reason cited by Nepal cable operators to pull the plug on Indian channels is silly. That some Indian channels were overly critical of Nepal Prime Minister a leader of Nepal’s communist party K P Oli, who triggered widespread anger after he tabled a garbled political map in Parliament showing large tracts of Indian territory in Uttarakhand and Bihar as its.

According to foreign affairs experts tracking Nepal, Oli’s despicable act was a desperate bid to whip up a misplaced sense of nationalism to hold on to his chair as he is facing stiff opposition from his own party, which is headed for a vertical split with Oli’s bete noire Pushpa Kamal Dahal, better known as Prachanda, pulling away with majority members.

Oli’s position is further complicated as he has no way but to dance to Beijing’s tune with reports suggesting he was honey-trapped by China’s ambassador in Kathmandu Hou Yanqi with incriminating videos to boot.

Oli may still manage to salvage his position with the help of weaned away party members and help from the opposition, and of course with Beijing’s money.

His move is also a result of his paranoia that New Delhi was plotting his ouster form power with the tacit support of his own party members. Oli expressed his fears about India during an internal meeting of his party recently.

China banned Indian media in a tit-for-tat for India’s decision to ban nearly 60 Chinese apps including the popular Tik-Tok.

“Meet the new Viceroy of Nepal -Her highness- the Chinese ambassador Yanqi. She has just decreed that all Indian News channels will be banned in Nepal . Nepal is Fast going the way of Tibet. Time for the people of Nepal to wake up and get rid of this Chausescu of Nepal- shiri Oli (sic),” he tweeted, which was retweeted more than 7,000 times and liked by over 26,000 people.

Posted to Kathmandu in 2018, Hou has been meddling in the national affairs of Nepal and she has been incredibly successful in convincing Nepal’s leaders to ditch India with it shares historic, civilisation and cultural ties, and be a client state of China.

However, the coming days will prove whether Beijing’s charm offensive will prevail in Kathmandu as Oli’s future is shaky. If Prachanda comes back to power — he is a two-time Prime Minister — it might be bad news for China. Plus, the Prachanda camp is not very comfortable with the Chinese embrace and may move to the comfort zone — India.