India cuts Pakistan by half 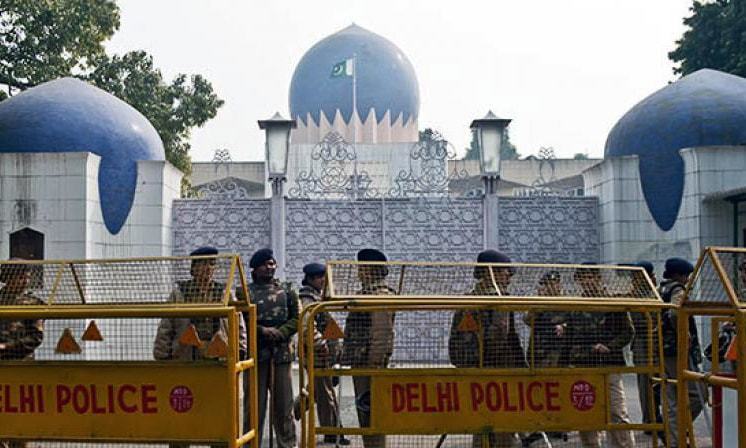 Days after two Indian diplomats faced harassment in Pakistan, the Ministry of External Affairs (MEA) on Tuesday summoned the Charge d’ Affaires of Pakistan to convey New Delhi’s decision to “reduce the staff strength in the Pakistan High Commission in New Delhi by 50%”. This effectively means India will expel half the Pak diplomats. According to a statement issued by the MEA, India will reciprocally reduce its own presence in Islamabad to the same proportion. “This decision, which is to be implemented in seven days, was conveyed to the Pakistani Charge d’Affaires,” the statement read.

The foreign ministry added that India had repeatedly expressed concern about the activities of officials of the Pak High Commission. “They have been engaged in acts of espionage and maintained dealings with terrorist organizations. The activities of the two officials caught red-handed and expelled on 31 May 2020 was one example in that regard.”

The Pak officials have allegedly indulged in “actions that are not in conformity with their privileged status in the High Commission”. Moreover, Pakistan has in parallel engaged in a sustained campaign to intimidate the officials of the Indian High Commission in Islamabad.

“The recent abduction at gunpoint of two Indian officials and their severe ill treatment underlines the extent to which Pakistan has gone in that direction,” it added.

According to reports, Pakistan has rejected the allegations.

2020-06-24
Previous Post: ‘Historical injustice as India’s role in WW-II remains unacknowledged’
Next Post: Nepal does a China, and Hou!