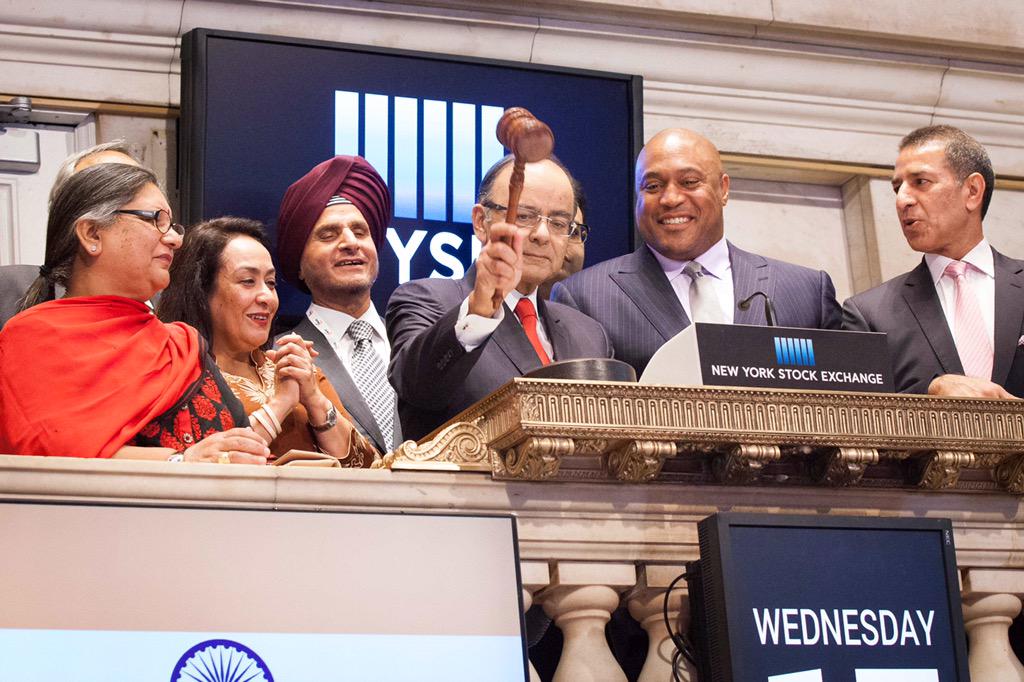 Indian finance minister Arun Jaitley recently made a trip to the US in an effort to maintain ties with the US and drum up foreign investments.

The Wall Street Journal quoted him as saying:  “When the government came in, our main challenge was to restore the credibility of the Indian economy. We had to convince the community of investors, internationally and domestically, that this government could take quicker decisions … that there would be no arbitrariness and India was a safe place to invest.

“If you look at the cumulative picture that we have done, we have opened our doors for investment. We have convinced the political opinion in India that investment is good for India.”

He also worked to ensure that India is foremost on the minds of technological investors in the US, as he discussed intellectual property issues with the former US Secretary of the Treasury Timothy Geithner. Intellectual property violations in particular have been a major obstacle to growth.

In the first year of the Narendra Modi government, Jaitley’s key goals have been to maintain, if not improve, India’s growth and presence in the global market, even backing a bailout of the power sector to keep the economy going. He seems confident that the Indian economy is in recovery and ready to receive foreign investment, noting in April that he is committed to ensuring the Indian economy is “able to achieve and sustain growth of 8 per cent and above”.

Jaitley’s visit is well timed as US President Barack Obama is working to negotiate a trade deal—known as the Trans Pacific Partnership—between the US and Asian nations. The deal would loosen certain regulations that have historically hampered Asian companies’ success, thereby encouraging a freer trade flow. However, Obama is encountering opposition even from his own party against the deal, which many feel is simply too lax.

One further motivation for FM Jaitley’s visit is the potentially disquieting slump in trade in 2015. There is US census data on nearly half the year that show the total imports from and exports to India are well below half the 2014 numbers.

However, the Office of the United States Trade Representative, which offers trade data, notes that India was the US’ 10th-largest supplier of imports in 2013 and the 18th-largest receiver of US exports. Additionally, there was a 15 per cent increase in foreign direct investment (FDI)—to $28 billion—from 2011 to 2012, and early data suggest that 2015 is also seeing a boost over 2014.

This relationship is something Jaitley will want to maintain, especially if his assertions regarding the investment atmosphere in India hold true. If the US pattern continues to increase FDI, Indian businesses—and by extension, its economy—stand to benefit from positive trade relations.

Based on the US census, the technology and scientific sectors are among the chief areas of exchange between the two nations, and globally these sectors are seeing an uptick. There is a vast pool of resources to choose from, and both nations would benefit greatly from an exchange of resources, assuming the intellectual property and other issues are addressed.

Jaitley was originally scheduled to visit the US in October for the annual World Bank meeting, but was forced to cancel his trip due to health issues.