Chuck Hagel bears the burden of America’s disillusionment with Obama 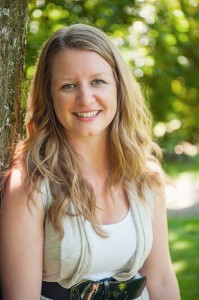 Last week it was announced that Chuck Hagel submitted his resignation to President Obama. In the ensuing days, there was more speculation than fact rolling around the wires as America decided how it felt about this news.

Since his announcement, there has been significant talk over why—and especially why now—Hagel is leaving, after having been strongly loyal to the administration.

The general feeling is that in the world of politics, someone always needs to pay the price of a political faux pas, and with the growing threats in the Middle East and beyond, Hagel appears to be an unwitting scapegoat.

Many news agencies are also discussing the fallout of the recent mid-term elections, which saw Republicans—strong opponents of the Obama administration since the beginning—take over the House of Representatives, giving them increased strength and influence over the of the United States over the next two years.

The message from all sides of the political spectrum was unavoidably clear: something needs to change.

It seems odd that Hagel would be the one to sacrifice his position when the increasing strength of ISIL is only one of a very many problems the administration faces.

In fact, it has always been the United States’ position to not deal with terrorists; it is common knowledge that, generally, terrorists don’t kidnap Americans because they won’t get a payout. So, even though the cruel actions against Americans and Europeans are in no way acceptable, it shouldn’t surprise the American population that the government stood by its policy to not deal with these groups.

Yet, society sees ISIL as a threat that needs to be subdued without delay. If its unhappiness with the ISIL situation is the only reason Hagel was sacked (without being labeled as such), the scale hardly seems balanced. The US population has clearly shown that it wants change, and it wants more definitive action when it comes to managing Middle East and other security concerns; but one must wonder whether this wasn’t just a politicking move to save face.

Obama has other hot irons in the fire right now, such as his new immigration reform, the continuing struggle to close down Guantanamo Bay, the ever widening gap between socio-economic classes and the volcanic eruption of the race discussion, whose flare-up in Ferguson remains unsteady and on the forefront of many peoples’ minds.

Responding in this way—firing Chuck Hagel—is one action the administration hopes will temper the mass’s restlessness, but it hardly covers the vast expanse of lingering domestic unease.

However, if this move is more about political play than genuine concern for finding someone who can better manage the task, the Obama administration has opened several new questions—questions that may now be more difficult than ever to answer, with a more powerful and continually obstinate Congress.

The first question is: who will replace Hagel? Obama has to walk a fine line in order to appease the Republicans in Congress, but not minimize Democratic priorities and perspective on the security team.

The second question is really an intricate web of quandaries regarding how Obama will get the new Defense Secretary up to speed, develop, and implement a security plan before the ISIL threat expands, or before his term is up. If Obama wants swift action, he will have to prioritize this new candidate in all ways.

Lastly, Obama will have to manage the political backlash that is inevitable in this situation. It is fairly transparent that Hagel didn’t offer his own resignation. He was pressured to do it after the startling losses the Democrats suffered. What remains to be seen is how Americans will respond in the longer term to this change, and how they will accept whatever new candidate comes into the position.

What’s still as true today as it was when Obama was initially elected President is that Americans are tired and wary of another war in the Middle East, and will not take kindly to a hawkish new Defense Secretary.

Obama needs to nominate Hagel’s successor carefully to ensure a smooth and swift transition to carry through the rest of his term without significant counter-pressure from his political opposition or resistance from his supporters.