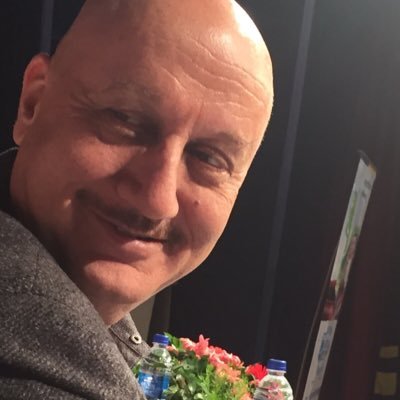 Indian actor Anupam Kher has said he’s been denied visa to attend the Karachi Literature Festival (KLF), which begins February 5. Kher, who was among the 18 Indians invited to participate, was to deliver a speech at the festival.

“I feel bad for all those people who were looking forward to meet me in Pakistan and vice versa. Sorry to them. Hopefully one day.”

Thereafter, in a series of tweets, he said Islamabad did not clear his name for visa because of his strong comments against Pakistan-sponsored terrorism in Kashmir, which has resulted in an exodus of Kashmiri Pandits.

“Has my visa been denied because I speak about India’s rich tradition of tolerance or I am a Kashmiri Pandit who may expose Pak terror nexus?” [sic]

He added that the other 17 Indian invitees were granted visa.

Later, he told reporters, “I am not angry, I am hurt, upset. Of the 18, why was I singled out? It could be either because I am a Kashmiri Pandit. I am not playing a card of Kashmiri Pandit and trying to divide people, or because I’ve spoken about the issue of intolerance, taken a stand and have applauded my PM [Narendra Modi]. Otherwise, there is no logical reason why the visa was denied to me.”

However, when asked by journalists, Pakistan’s high commissioner to India Abdul Basit claimed Kher never applied for the visa. Kher said none of the participants had applied for visa individually, as advised by the KLF organiser, and that instead they were coordinating with the interior ministry in Pakistan and the high commission in Delhi for the visa. “Pak High Commission shud [sic] know their own rules. #KarachiLitFest had given my name to authorities 1 month back & have my name in every poster,” Kher tweeted.

Another invitee from India, publisher Ashok Chopra, has decided to boycott the event in protest.

According to reports, KLF organizers were told by Pakistan authorities not to process Kher’s papers, while the other 17 could be granted the necessary travel document.