Why Italy and India swapped year for hosting G20 summit 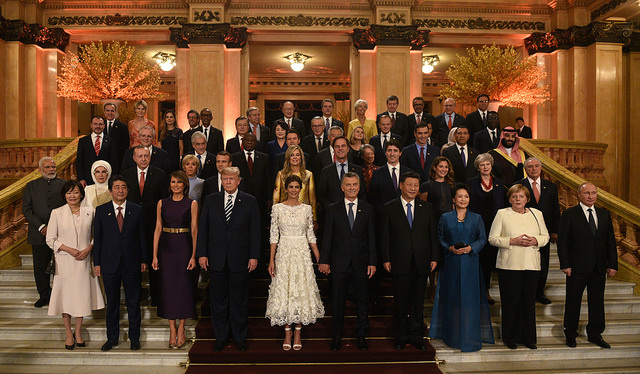 Italy was supposed to host the G20 summit only in 2022 but it would now host the group of 20 meeting a year earlier, in 2021. Likewise, India was to be the host of the world leaders’ annual meet in 2021. But Prime Minister Narendra Modi announced that India would do it a year later, in 2022, instead.

India gained freedom from the British colonial rule in 1947 and year 2022 would mark 75 years of Independence. PM Modi wanted the celebration to be on a grand scale in the presence of leaders of the world’s most influential countries.

“It’s India’s 75th Independence Day in 2022 and we had requested Italy if we can get 2022 instead of 2021 for hosting the summit. They accepted our request, others accepted it, too. I’m grateful and I invite leadership from across the world to come to India in 2022,” Modi said.

It is remarkable that Italy agreed to host the global event a year earlier, given the level of preparations needed to host the event. “It is very important for India to celebrate its 75th anniversary of Independence with our presence and therefore I decide to accept the swap,” Italian PM Giuseppe Conte said.

While Italy will have to race against time to be ready a year earlier than originally scheduled, India will get one more year to make all the arrangements.

Hosting the G20 summit is no mean task. The ‘soft start’ happens at least a year before. There are many rounds of meetings involving the ministers of finance, trade and labour, and central bank governors of all countries leading up to the summit. It also calls for enormous amount of preparation and seamless coordination to bring together a large posse of world leaders, their delegation and security detail in a single city.

It may be recalled that India was keen to host the event in 2018 itself but Argentina refused to swap the dates.

While hosting such a prestigious event will add to India’s image on the world stage, there are questions about whether the country has the kind of world-class infrastructure needed to conduct the meeting. True, the country has hosted similar events though of a smaller scale before such as the BRICS summit. However, holding a meeting of G20 leaders would need convention centres of global standards that can accommodate massive security arrangements.

While New Delhi does have one or two large venues, they would need a lot of modifications before they could be considered for hosting the grand event. The other option is to build a brand new convention centre.