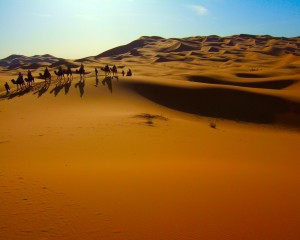 Agence Maghreb Arabe Press, the state news agency of Morocco, has reported that a military airplane belonging to Morocco’s Royal Armed Forces has crashed, killing at least 78 people — 60 soldiers and nine crew members; the rest are civilians. The plane was reportedly about to land at western Sahara, a disputed territory.

A statement by Morocco’s Royal Armed Forces ascribed bad weather to the cause of the crash.

Western Sahara is a remote mountainous region of the north African country, which has a 36-year-old dispute, spearheaded by the Polisario separatists who seek independence from Morocco.