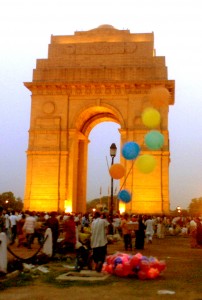 The notion of mutually assured destruction (MAD) helps prevent a direct full-blown military confrontation amongst nuclear weapons states. This has been an important pillar of the global security architecture in the post-second world war era. With India’s reportedly steady progress in its strategic nuclear submarine project—generally considered the most potent arm of a nuclear triad—India too shall increasingly benefit from greater conventional stability based on mutually assured destruction. Yet, MAD is no insurance against trade wars.

Last year, India imported about $40.2 billion worth of goods from China (source: Department of Commerce, government of India), a country with which it has its longest border dispute. This constitutes about 11.4 per cent of India’s annual goods imports — more than from any other trading partner. While India did export $19.3 billion worth of goods to China during the same period, this contributed less than 1.5 per cent of their $1,395 billion of annual imports in 2010. So, clearly the dependency in India-China trade relationship is essentially unidirectional. In the long term, a strong bidirectional trade relationship and diversification of trade away from China (in relative terms) would be the best insurance against trade wars. And for a stronger bidirectional trade relationship, services exports from India to China would much more constructive than mentoring their software industry. Meanwhile, in the interim, we need to look for alternatives. But, is this really necessary? I shall try to answer this in the next two paragraphs.

In recent months, Japan has faced some completely unexpected trouble from a country with which it has a border dispute. In this case, China suddenly introduced policies aimed at restricting its exports of rare earth metals. Considering that this is essentially something required by the hi-tech industry and that China has a 95 per cent share in this market, there are some lessons to be learnt from this development. Moreover, the fact that China is complicit in at least indirectly arming a smaller country with nuclear weapons to keep India down, may be indicative of China’s lack of belief in a win-win approach.

A full-blown trade war would disrupt our local markets as well as supply chain arrangements. It will adversely affect the our trade deficit in two ways— more expensive imports would have to be sourced from elsewhere and it may be tough for us to find a new commodity guzzler for our exports (iron ore is India’s biggest export to China. Together exports of iron ore, non-ferrous metals and other ores and minerals contribute 58 per cent of India’s exports to China). Some important capital account facts: FII inflows were around $29 billion in each of the last two years, but last year the FII inflows were four times the net FDI; there was a 63 per cent year-on-year drop in the net FDI; and there was a 45 per cent year-on-year rise in short-term trade credits. Given these capital account facts, it is not implausible that significant widening of the trade deficit triggers investor re-assessment of India followed by a significant reduction, if not reversal, in net capital flows. To some extent, such vulnerability is inevitable in the case of a more open economy. Yet, it is only prudent to be prepared for the eventuality of a trade war.

One old Anglo-Saxon approach may have a clue for dealing with some of the stresses caused by trade wars. Let me explain. In their book This Time Is Different, Professors Carmen Reinhart and Kenneth Rogoff say that in the late 13th century, Italy was the developed financial centre and that a sequence of Italian loans helped finance a long series of wars in which England was involved (subsequently in 1340, England defaulted!). In addition to the Industrial Revolution a few centuries later, England’s ability to borrow long-term overseas in a militarily weaker country laid the foundations of biggest empire that the world saw in modern times.  The ability to access savings from a larger geographical area and for longer periods can be a great advantage — at a minimum, it can reduce the disadvantage in competing against a larger country. We could adapt this approach for combating potential stresses on the balance of payments position that may be caused by trade wars.

India can issue long-term foreign currency bonds in a jurisdiction like Mauritius — a country that is militarily much weaker than India. This could be done for nominal amount (say $1 billion — roughly a third of the size of a regular domestic government bond auction). Unlike most African and Asian countries, friendly Mauritius has an enviable track record of no defaults and no restructuring of its sovereign debts till date. Additionally, a lot of foreign and non-resident Indian investors in India are already familiar with Mauritius. By already having made a sovereign foreign currency borrowing, India would be well-placed to make more significant long term foreign currency overseas loan issuances at short notice.  India will be able to significantly address a worsening capital account that may have been triggered by a trade war. Such preparedness may even discourage others from initiating a trade war against us. And it would only be naïve to believe that a trade war can never happen! 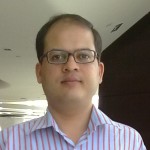 The author is working as a business analyst at a software company in Bangalore, India.
Please send your feedback to editor@diplomaticnews.in