Over 100 people were killed and another 4,000 seriously injured as a gigantic, nuclear-like explosion rocked Lebanon capital Beirut on Tuesday evening.

The blast happened at 6 pm local time at the port area in Central Beirut. It as so powerful it sent up a huge mushroom-shaped shock wave flipping vehicles and blowing out windows of even buildings 10 km away. So much so, its impact could be felt even across the Mediterranean sea in Cyprus, apart from neighbouring Israel, Jordan and Syria.

While reports put the initial death count in the range of 75, the toll is likely to go up as the city’s hospitals are unable to treat the thousands injured. Lebanon’s Health Minister Hamad Hassan four hospitals are out of service due to damage from the explosion.

What caused the blast?

The cause of the blast was not immediately known but some reports quoted Lebanese officials as claiming it originated from one of the warehouses in central Beirut where old, confiscated explosive materials were stored.

In a statement, Lebanon’s Prime Minister Hassan Diab said 2,750 tonnes of ammonium nitrate, used as an agricultural fertilizer, had been stored for six years at a port warehouse without adequate safety measures, endangering the safety of 4 million residents of the city.

However, there is no official word on what exactly led to the ignition that wiped out entire streets across the seaside capital.

Announcing a thorough investigation into the explosion, Diab said lethal blast “will not pass without accountability”, adding that he “will not rest until we find those responsible for what happened, hold them accountable, and impose maximum punishment.” 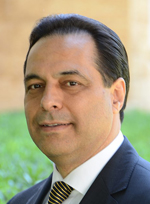 “I will not rest until we find those responsible for what happened, hold them accountable, and impose maximum punishment”. — Lebanese Prime Minister Hassan Diab

So far, no terror angle has been established in the incident. Curiously, Israel stated it had nothing to do with the blast. So did the Lebanon-based militant group Hezbollah.

The timing of the explosion could not have been worse for Lebanon, which is already struggling with both the coronavirus pandemic and an economic crisis.

So far, the UK, US, France, Iran, Turkey, Qatar and Spain have pledged aid and help. Israel, which considers Lebanon as an enemy country, has also offered medical assistance.

Israeli President Reuven Rivlin, in tweets in English, Arabic and Hebrew, added: “We share the pain of the Lebanese people and sincerely reach out to offer our aid at this difficult time.”

The EU has also extended help. President of the European Council Charles Michel said in a tweet. “The EU stands ready to provide assistance and support.”

The blast happened close to the scene of a car bombing that killed former prime minister Saad Hariri. Incidentally, Tuesday’s explosion also came days before the long-awaited verdict in the trial at a special court in the Netherlands of four men accused of orchestrating the attack.