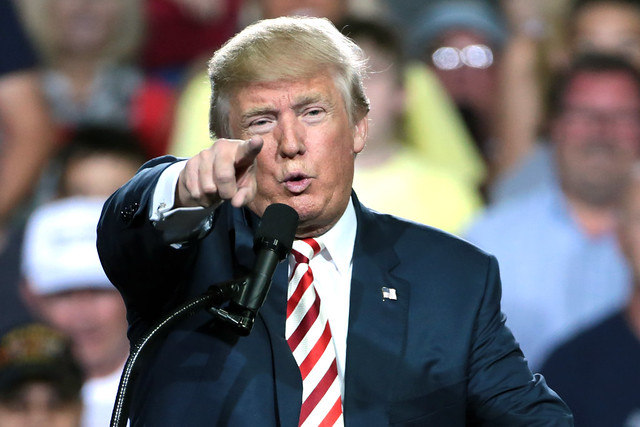 Clouds of war are hovering over West Asia with the US and Iran hardening their stance. While tensions between the two countries have risen sharply ever since Donald Trump became the US President, the latest impasse was triggered by Iran’s threat that it would stop respecting an international deal it signed in 2015 agreeing to restrict its nuclear pursuits unless its demands are met within two months. Iran wants an end to the US sanctions, which were reimposed after Trump came to power. Tehran has asked other signatories to the deal, from which the US unilaterally pulled out, to come up with a plan to shield the struggling Islamic country from US sanctions.

Iran, which was already reeling under severe economic hardship, says it has suffered enough and can’t take it any longer. It has threatened to resume its nuclear weapons programme, ignoring calls for restraint by the EU and major European countries.

Fearing the worst, the US last week ordered evacuation of its non-emergency diplomatic staff from Iraq. The move was after Washington received intelligence inputs that Iran might attack US assets or personnel.

Raising the pitch further, Trump tweeted on Sunday, “If Iran wants to fight, that will be the official end of Iran.” All these were met with equally provocative statements from Iranian leaders.

As a corollary to these developments were some mysterious incidents in the Persian Gulf. Over the past week, many instances of ‘sabotage’ were reported by the UAE and Saudi Arabia. In all cases, ships transporting oil were hit by unidentified objects near the Strait of Hormuz — one of the busiest sea routes.

While neither Saudi nor the UAE has specified who they suspect to be behind the attack, the US suspects Iran. America had earlier warned of similar attacks by “Iran or its proxies”. Tehran has vehemently denied any role in these attacks and has instead blamed ‘foreign elements’ for the attacks.

However, things are unlikely to escalate from here at least in the short term going by the acting US defense secretary Patrick Shanaha’s statement on Tuesday that the Iranian ‘threat’ has been ‘put on hold’. In other words, the US feels Iran won’t attack US interests for now.

“There haven’t been any attacks on Americans. I would consider that a hold,” Shanaha told reporters at the Pentagon on Tuesday. He quickly added it doesn’t mean the threats have gone away. “I’d say we’re in a period where the threat remains high and our job is to make sure that there is no miscalculation by the Iranians,” he said.

The US had earlier this month sent the USS Abraham Lincoln Carrier Strike Group, B-52 bombers and other military weaponry to the Persian Gulf after it received intelligence inputs that Iran might attack US personnel and assets in West Asia.

Washington thinks this could have spooked Tehran, forcing it to abandon any sinister plan to attack US assets in the Gulf.

That puts Pentagon’s war plans on hold – for now.