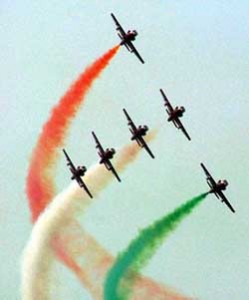 Amid a slowing economy and dismal foreign investor confidence in the country, India has sought to present a subdued annual Budget for the next financial year (April 2013 to March 2014).

In the Budget released on 28 February, Finance Minister Palaniappan Chidambaram proposed to tax the super rich, and increase allocation to pro-poor schemes such as National Food Security programme.

Defence spending has got a moderate increase of five per cent over the last year’s Budget at Rs 2 lakh crore (about $37 billion), Out of this amount, about Rs 86,000 crore (about $16 billion) will be spent as capital expenditure. This means that that much money will be spent on buying military hardware. This was about Rs 79,500 crore in the last Budget.

While the allocation to defence spending is far below the expectation of the defence ministry, the finance minister promised that strains on the public finances would not hamper moves to modernise the million-plus military. “I assure that constraints will not come in the way of providing any additional requirement for the security of the nation,” Chidambaram told Parliament.

However, the allocation seems inadequate for India’s forces, which are on the brink of buying sophisticated weaponry worth billions of dollars. For one, the Indian Air Force is expected to sign the $15-20 billion contract for 126 French Rafale fighters early in the next financial year. It is also shopping for some 400 combat helicopters worth millions of dollars, as well as artillery, drones and electronic warfare systems.

Also, New Delhi is reportedly building its own nuclear-powered submarine as well as a range of nuclear-tipped ballistic missiles which can strike deep inside China.

Besides, a programme with Russia to jointly build 250 advanced stealth fighter jets at a cost of $25 billion is on.

All this requires more resources than what the Budget has proposed. In all likelihood, India’s defence spending in 2013-14 will be much more than the budgetary allocation.